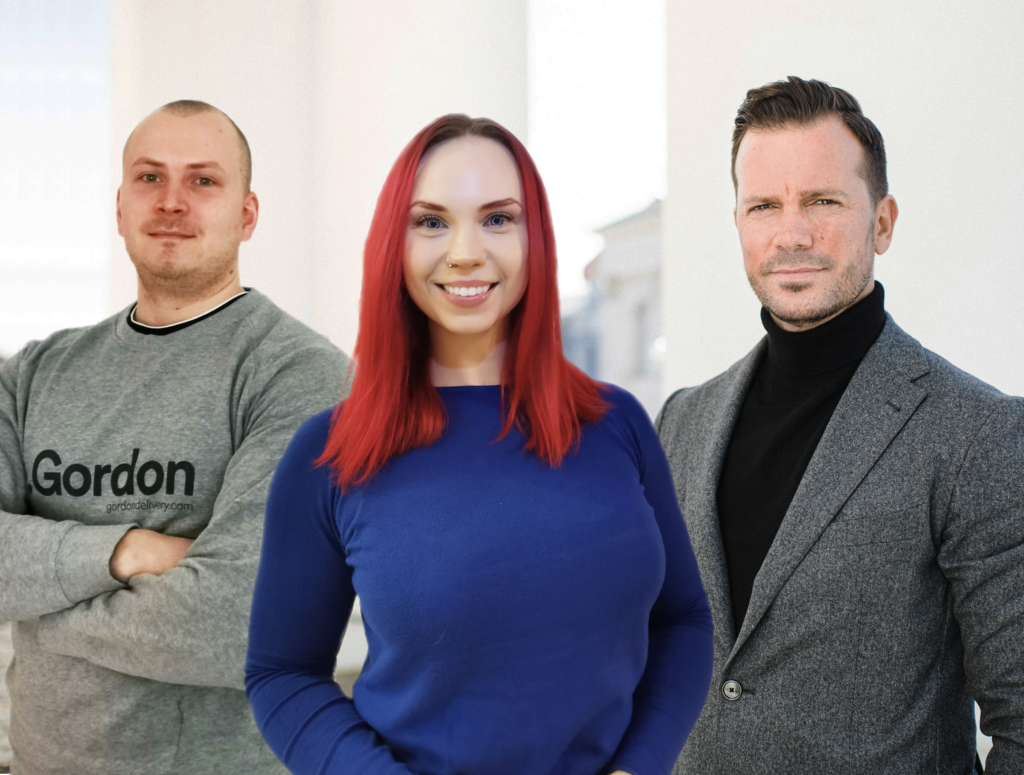 The first Gordon Delivery van rolled into the streets of Finland in October 2021. Much has happened since then, and the plans for 2022 are more ambitious than ever before.

Having launched in Sweden in 2015 and expanded into Denmark in 2020, Gordon already had a tried-and-true business model and fine-tuned ways of operating upon entering Finland. However, as in all new markets, the establishment phase was intense, especially in terms of setting up operations with new customers. Looking back on the company’s first months in Finland, the results have been strong. Gordon already has eleven customers, including both retailers and meal kit producers, as well as a terminal in Helsinki, three employees and twelve vans. Moreover, its geographical coverage implies that Gordon’s customers can make home deliveries to 42% of the Finnish population.

But that’s just the beginning of Gordon’s journey in Finland. In 2022, the company plans to ramp up even more, including by

As is always the case in successful set-ups, some people have gone the extra mile. At Gordon, there are three such stars without whom the company would not be operating in Finland today. Here’s the crew that you’ll meet if you want to collaborate with Gordon in Finland:

How did you come to work at Gordon? What attracted you to the company?

I’ve been working with food e-commerce for nearly my entire career, so it was a natural next step for me to jump from the customer side to a service provider. What specifically attracted me to Gordon was that it was introducing something different to the Finnish market, and I immediately saw its potential and wanted to be a part of it.

I’ve had a growing interest in logistics, so when I heard that Gordon was going to start deliveries in Finland, my country, I knew that I wanted to be part of the expansion. The motivation and dedication that I saw within the team also inspired me to join.

The business that Gordon provides to its customers is something that I’ve been interested in for a long time. I’ve also followed movements in online grocery stores for some time. I was asked to help with creating sales late last summer, and after a while we agreed that I’d become more integrated into the business itself.

What did you do before you came to Gordon?

I worked as a logistics manager at Sannan Ruokakassi, a Finnish meal kit company that’s now a customer of Gordon’s. I was responsible for purchasing and logistics as well as the production of the meal kits and leading the pick-and-pack team.

My educational background is in the humanities, but I was working with service and cost control at an electronics company.

Now, above all: What do you listen to in the car?

I think that anything dark and obscure best describes my taste, both in music and podcasts.

I often drive to meet customers, so I usually listen to empowering music like the Offspring, Metallica, 90s dance hits and, of course, the Rocky theme!

This website uses cookies to improve your experience while you navigate through the website. Out of these, the cookies that are categorized as necessary are stored on your browser as they are essential for the working of basic functionalities of the website. We also use third-party cookies that help us analyze and understand how you use this website. These cookies will be stored in your browser only with your consent. You also have the option to opt-out of these cookies. But opting out of some of these cookies may affect your browsing experience.
Necessary Always Enabled
Necessary cookies are absolutely essential for the website to function properly. These cookies ensure basic functionalities and security features of the website, anonymously.
Functional
Functional cookies help to perform certain functionalities like sharing the content of the website on social media platforms, collect feedbacks, and other third-party features.
Performance
Performance cookies are used to understand and analyze the key performance indexes of the website which helps in delivering a better user experience for the visitors.
Analytics
Analytical cookies are used to understand how visitors interact with the website. These cookies help provide information on metrics the number of visitors, bounce rate, traffic source, etc.
Advertisement
Advertisement cookies are used to provide visitors with relevant ads and marketing campaigns. These cookies track visitors across websites and collect information to provide customized ads.
Others
Other uncategorized cookies are those that are being analyzed and have not been classified into a category as yet.
SAVE & ACCEPT